Learn about the practical methods Dropbox uses to integrate diversity, equity, and inclusion into their design team.

These days, tech companies are talking more and more about the importance of diversity and inclusion. It would be risky not to, given the current social climate and the litany of public failures surrounding products built by monocultural teams. But look beyond the corporate pledges to do better (or the inevitable diversity report chock full of vanity metrics) and you’d be hard-pressed to find concrete, actionable measures that have resulted in sustainable change from within.

Enter Roxanna Aliaga, Teresa Hernandez, and Wes O’Haire. These three members of the Dropbox Design team, along with senior design program manager Michelle Morrison, have taken it upon themselves to build a playbook for driving diversity, equity, and inclusion (DEI) forward. This small and scrappy group apply design frameworks to prototype an iterative, sustainable process for diversifying design at both Dropbox and in the larger Bay Area tech community.

“Your culture is what you do, not what you say. And if you don't have structural programs in place, then you aren't actually making a difference.”

Make DEI easy for everyone to talk about

"Historically, anytime anyone breaks a barrier in a field, it’s not only on them to do their job well, but also to trailblaze and bring others along," says Wes, a product designer on the Cloud Filesystems team. It’s true—across science, finance, entertainment, and beyond, success for POC, women in leadership, and LGBTQIA often means they need to do double duty: excel at their job and pave the way for everyone who comes after.

That cultural burden can be heavy, and isn’t necessarily a mantle that marginalized communities need to bear alone. Yet for non-minorities, talking about DEI issues can feel like speaking out of turn. Teresa, a design research manager, shares one solution that’s worked for Dropbox—Tip of the Month.

“It’s presented at Design All-Hands, and the idea is to give folks an easy way to engage with diversity. The bonus is that it actually sets a cadence for talking about diversity every single month. And that has created a ripple effect, giving people the proper tools and language that helps everyone feel comfortable talking about DEI issues more often,” says Teresa.

Previous tips have encouraged employees to invite at least one underrepresented person in their industry out to coffee, or to offer portfolio and resume reviews in their spare time.

“This monthly reminder from leadership reaffirms and reiterates that diversity is a team sport. That this is all of our jobs and not just the jobs of the people who are minorities, or people who work on DEI initiatives at the company.” 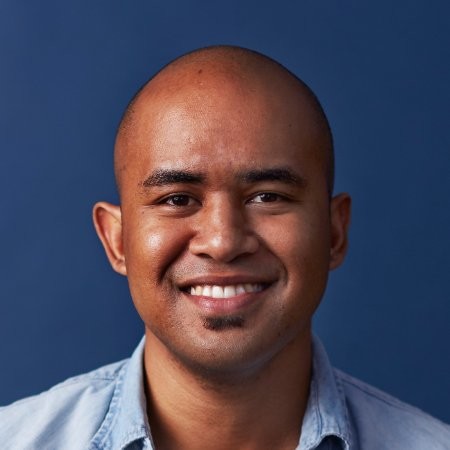 Diversity is a full-time job, so hire people who can own it

As much as Wes, Roxanna, and Teresa have done the work to move the needle on DEI internally, they all agree that none of it would have been possible without the support of Program Managers like Michelle.

"Having a team of people dedicated to fostering this community culture is a great step. When you do want to make a change, it's hard to navigate a complex organization on top of doing your own job," says Roxanna. "Having a someone like Michelle focused on the logistical details of planning events or programs—finding speakers, getting funding—helps us make and maintain these structural changes.

In many ways, Michelle’s role as a strategic programming partner is testament to the “Yes culture” at Dropbox and the success of previous grassroots initiatives. “This DEI initiative was inspired by Ladies Who Create, a community for women and non-binary creatives founded by former design director, Anisha Jain,” says Michelle.

“Over a three-year period, this helped achieve a ratio of 57% women on the design team, with a leadership team comprised of 61% women.”

Now the team is applying lessons from the playbook that helped them reach gender balance to other cultural shifts they want to make. The DEI group hosted their first event this year, which brought together Wes, alongside Jules Forest of Women Who Design and Pablo Stanley of Latinx Who Design, on a panel that addressed how to enact measurable change when diversifying design teams. But Michelle is quick to add that companies would be foolish to rely solely on branded events.

“You have to build trust by genuinely giving back and enriching the community. Then, from an impact perspective, there’s no substitute for building direct relationships," says Michelle.

In fact, it was a single tweet by Wes, in which he offered one-on-one coaching for black designers, that became the catalyst for the group. It also prompted Wes to spearhead Blacks Who Design, an online directory of black professionals in the design industry. Beyond spotlighting the need for tools that support marginalized communities in tech, success stories like these showcase the difference that one person can make, especially when backed by the resources and funding of companies.

Make diversity about more than race and gender

While much of the DEI initiative focuses on up-leveling and supporting the black and Latinx design community, Teresa adds that diversity extends beyond that. The group itself is testament to the importance of the three dimensions of design at Dropbox—design, research, and writing.

“And from a managerial point of view, I try to focus on diversity in skillset, background, and perspective," says Teresa.

“You don’t have to talk about ethnicity with reports, but maybe you bring up how their background in journalism makes them great researchers, or what their international perspective brings to product reviews.”

When building a product, it’s crucial to include diverse perspectives. “The biggest mistake we make is forcing people into a box, when instead we should celebrate what makes them unique,” says Teresa. “These are the things that elevate the team and help us make fewer assumptions as product makers.”

A big part of that begins with the interview process. While there isn’t one perfect solution for hiring diverse teams, it’s important to just start and then iterate from there. Both Wes and Teresa suggest diversifying your sourcing process itself: Look at where you source folks from and go beyond the typical companies, educational background, and schools so you can overcome inherent biases.

When it comes to the actual interview process, Roxanna shares that representation can make a world of difference. “One thing to consider is to try and have someone who looks like the candidate on the interview panel. If you’re interviewing a Mexican woman for a Design Director role and she’s being grilled for six hours by a panel of very young white guys, then the failure here is happening on your side of the table.”

Credit for the header photo goes to Chris Behroozian. Enjoy this article? Read more stories from teams who use Framer X: