Learn how to best source talent for a design systems team from design leaders at Google, Netflix, and Framer. 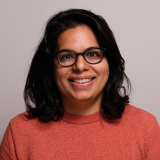 Hiring for design systems teams is a tricky business. While most leaders recognize the importance of building a team focused on internal systems and tooling, few can articulate the difference between design systems and other aspects of design, or why exactly they are so beneficial to an organization.

In my role as a VP of People, I’ve seen firsthand how the right design systems teams have helped companies scale design teams and products efficiently. But staffing those teams can be difficult. You need just the right mix of backgrounds—a combination of engineering, product, and design expertise. Systems designers are particularly important, as their primary objective is to develop the components, patterns, and icons that make up the shared design systems library.

Even at a design-forward company like Framer, we're not immune to the challenges of hiring for this team. To better understand how to find and interview systems designers, I leaned on the combined knowledge of some industry veterans. I spoke to Josh Mateo, design systems lead at Netflix, Rich Brady, a senior design manager at Google and Framer’s chief product officer, Jorn van Dijk. In this post, I’m sharing their best practices on how to identify candidates and run design systems interviews.

The ideal skills for systems designers

When looking for systems designer candidates, it’s easy to look through design portfolios on Dribbble or Behance, or reach out to product designers working on your favorite apps. It’s much harder to know whether those designers possess the right qualities and skills to succeed in the role.

For Josh, systems designers excel at the hard skills (think: writing chops and understanding of interaction design and user experience). But, he considers this expertise a given.

“It’s the soft skills of working collaboratively and inclusively across an organization that make a systems designer stand out. In the end, a successful system relies on individuals working directly with their peers to extend their product’s needs into sustainable elements that work for more and more products.”

Josh himself prioritizes these interpersonal skills in his day-to-day work on the design team at Netflix. When he first starts a project, he likes to listen before creating. His goal is to understand where other designers are coming from, how they have arrived at the solution, and what they’re looking to improve for the user.

“By working collaboratively, we’re creating a solution together that fits into both the system and the specific designer/product’s need. As a systems designer, when you leave your ego at the door, you create a sense of co-authorship of the system and keep the system open to new, evolving perspectives,” says Josh.

Of course, Josh’s approach and success as a systems designer is the result of years of experience. But, there’s something to be said for skills that can be learned on the job and ones that candidates should bring to the table. Those soft skills, like collaboration and inclusivity, are much harder to learn than usability or design patterns.

Rich agrees. Having had a lot of hiring experience as both the former design systems and tools lead at Facebook and in his current role at Google, he finds it more valuable to look for innate characteristics, like passion and smarts.

“A systems designer needs to be crazy passionate about details while displaying a strong bias towards action. They will need to care deeply about speeding the product teams up while also increasing the quality of the product for the person ultimately using it.”

“Smarts” is harder to quantify, but Rich explains that it can be hard to wrap your head around systems at scale and in motion. Design systems don’t have a clean point in time for which you are designing—everything is moving and always will be. The designer “has to be smart enough to get this, hold it all in, evolve it on the fly, and clearly communicate in ways that resonate with the rest of the organization.”

And sometimes, the candidate requirements are directly related to the product at hand. As a design tools company, Framer is a strong advocate for truly interactive design systems that connect to production. Because of that, Jorn believes that the ideal candidates are usually visually strong designers with frontend engineering chops.

“We’re big believers in the model that 10% of people will create all of the components that 90% of their teammates will consume.”

”We employ that same strategy to hiring for our own design systems team, and look for designers who instinctively understand what and how to build out the components that others in the team can leverage,” he says.

But all three can agree that there is no one size fit all, and the way to hire the best people is to remain open and objective.

“I’ve hired designers into systems teams straight out of college and ones with less than two years experience and have seen them successfully land systems that outstrip well-tenured designers,” says Rich.

Once you’ve identified the right candidates, it’s time to move to the interview phase. When Rich interviews systems designer candidates, he likes to think of the interview in two phases: a portfolio presentation and one-on-one conversations.

Rich recommends allocating 30-45 minutes for candidates to present two or three pieces of work. During this presentation, pay attention to how the candidates talk about the problems and opportunities they faced, the process and partners, and successes and failures.

“In addition to seeing their execution, you also get a great view into their ability to craft a story around their work and present it to a group of people,” says Rich.

When evaluating these portfolio presentations, Rich cautions against mistaking a designer who has a lot of systems design work in their portfolio for one who excels at execution.

“Sometimes designers can get into a habit of systematizing everything and this slows them down,” he says. “If there is a large scope of systems work in their portfolio, make sure you dig into the justification for systematizing and look for examples where difficult decisions were made to accrue design debt.”

After the presentation and a break, Rich likes to have what he calls a “jamming” session (a “proper one-on-one conversation”). He wants to learn what motivates candidates and why they became a designer in the first place.

“It’s so important to have an engaging two-way conversation. You need to be sure a designer is going to be a passionate partner on your team,” says Rich. “Expose your team’s philosophy and vision so the candidate can articulate why they would be passionate about joining the adventure.”

Rich also makes sure to bring up an unexpected topic: conflict.

“It’s hard to be honest and open with these questions, but you can tell a lot about someone’s self-awareness and intentionality by listening to how they describe conflict,” he says.

Jorn suggests that having a diverse panel is another way to gauge the ability of a systems designer to collaborate across teams. “Don’t just have designers on your interview panels. Bring in engineers, researchers, content strategists—anyone at the company who will ultimately benefit from the design system itself,” says Jorn. “These folks will be able to judge if the candidate is truly invested in creating a system that works for everyone.”

“A design system isn’t built in a day”

Hiring for any type of role can be a long, complex process. Hiring for a design systems team presents its own kind of challenges, but Josh recommends focusing on the impact this potential hire will make on the business.

“They’ll be making decisions that impact the organization, so it’s not a light task,” he says. “I would suggest looking for people who are able to navigate the ambiguity of the big picture and break that down into clear actions that drive the company forward.

And don’t forget, a design system isn’t built in a day—it’s a long game.”

Want to read more about design systems and scaling teams? Check out these other blogposts: