Photos, videos, and a full rundown of everything that happened at Loupe 2019.

This August, Loupe returned for a second year and was bigger and better than ever. Over 300 top-tier designers and developers converged in Amsterdam at the Muziekgebouw for two full days of insightful speaker talks, practical workshops, and valuable community time. Here’s a full recap of everything that happened, including the speaker videos.

Loupe 2019 kicked off with an opening party at the stunning Muziekgebouw. Attendees were able to meet each other over drinks overlooking the beautiful IJ, the river that runs through the city of Amsterdam. Participants came from all over Europe, but also from as far as the U.S., Israel, and China. While many identified as UX or product designers, this year’s conference also attracted developers and systems engineers, signaling a blurring of lines between the roles.

This year, a fantastic selection of speakers graced the stage for day one of the conference, presenting on a diverse range of topics. There were presentations on everything from the importance of accessible and inclusive digital design to embracing change in both our work and personal lives.

​Laura Kalbag, co-founder of the Small Technology Foundation, kicked things off with an inspirational talk on the importance of accessible design. She was unfazed by the wet Amsterdam weather, taking to the stage barefoot to talk about how poor web experiences can be if we don’t think about accessibility, common usability problems many websites pose, and practical tips on how to design more inclusively online.

“Accessibility is making technology available to everyone, regardless of their needs. Because as the people building technology, we’re building the new everyday things.” 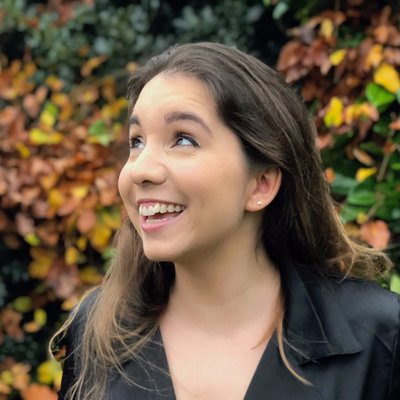 Next up was Wes O’Haire, who expanded on Mental Models for Product Designers, a structure for problem-solving he experimented with soon after he started working at Dropbox. As a product designer, Wes discovered that he had to wear many hats, often multi-tasking on tasks outside of his core job. To cope, Wes developed a series of methods for making the best decisions possible in each area of his work. Through research and refinement, his mental model cheat sheet was born.

Abstract principal designer Tim Van Damme shared key learnings from his 20+ years in design, emphasizing that the only constant is change. He broke down the different types of change that designers can expect to face—be it within a company or team, the tools of the trade, design trends, or on a personal level. He closed out by encouraging everyone to pay it forward and help others at early stages in their careers. "It’s as simple as opening up your Twitter for DMs," Tim explained.

“Change is a constant throughout all of our careers and of all the people sitting next to you. Our natural instinct is to fight it, but if you learn how to embrace it and be ready for change I think we can all become better people and better professionals.” 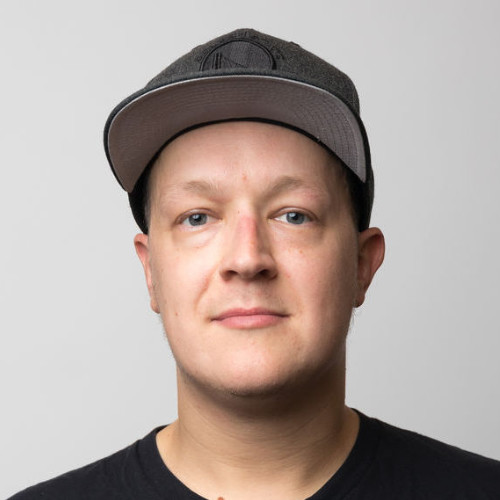 ​Ash Adamson, a senior product designer at HashiCorp, also focused on change. Her presentation was deeply personal, drawing on her experience as a transwoman. She touched on the Dutch word for designer, “vormgever”, which describes someone who gives form to things. She encouraged the audience to note their own form and understand their journey of moving between form and formlessness, in relation to personal development. Adding a unique twist, Ash closed her presentation by leading a guided meditation, encouraging everyone to visualize holding themselves in the palm of their hand, moving from holding on tightly to their perceived form to letting go and embracing formlessness. 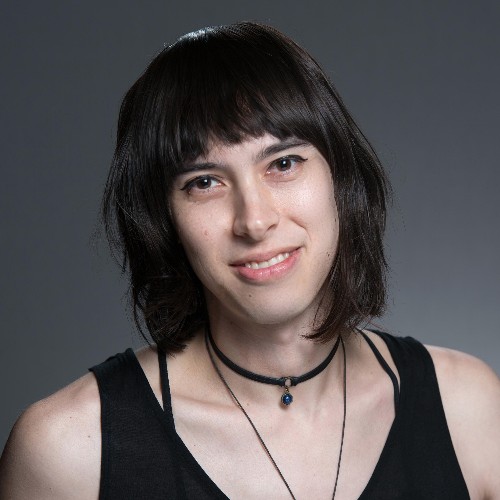 ZEIT founder Guillermo Rauch expanded on his now viral post, Pure UI, which outlined that UI is a pure function of state. He pointed out the flaws of his original article, which painted an overly simplistic picture of the relationship between UI and data, failing to take into account the way that data changes throughout the process. As a follow-up, his presentation, titled Consistent UI, dove into why product designers need to understand how backend and databases work, in order to be able to design better products.

​Irene Pereyra, co-founder of Anton & Irene, drew on her experience setting up and running her Brooklyn-based design agency. Together with her business partner, Anton Repponen, Irene came up with a new kind of business blueprint, one that allowed them to balance between their paying and passion projects. Irene says that by giving themselves the space to unleash their full creative potential, they were able to make a name for themselves within the industry. This ultimately led to dream opportunities with big-name clients like Ikea and the Met Museum.

Instagram product designer George Kedenburg took to the stage to talk about quality. He outlined how the modern design process doesn’t always lend itself to producing quality products and things often turn out different from how we imagined. George then shared the best ways of working with devs and PMs to help alleviate this industry problem. Ultimately, he says that if you’re able to share real screenshots of what you made and feel proud of it, rather than mockups, that’s how you know you’ve achieved quality. 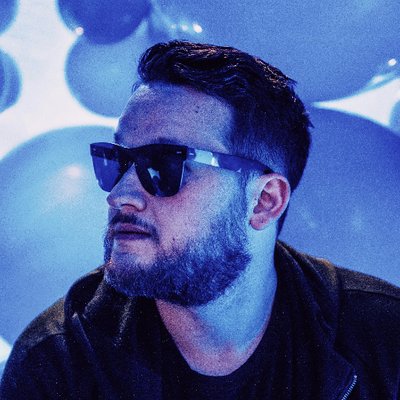 ​Dara Oke, product and design lead at Hello Carbon, unpacked her experience working with technology companies in Africa. She showed that more often than not, we are designing for the western world—with its sophisticated smartphones, huge data plans, and nearly unlimited access to WiFi. This doesn’t account for the fact that the fastest-growing segment of Internet users are actually coming from developing nations. Think about that, Dara cautioned, and design with accessibility in mind.

“The United States has 300 million internet users and 95% internet penetration. That means most people are already online, so if you’re building products and trying to find out where your next customers are going to come from, it’s likely that it won’t be the U.S.” 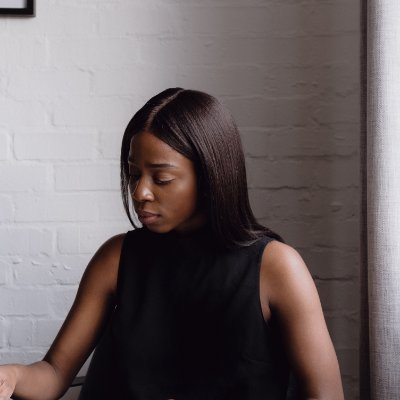 Everyone was invited to join for social hour in the Muziekgebouw’s grand foyer to discuss the insightful talks from day one. A big part of the Loupe experience centers around community bonding and many attendees enjoyed being able to meet and connect with each other.

Day two centered around five practical workshops led by members of the Framer team. There was something for every level of designer, from beginner to advanced, whether they were a Framer veteran or only just getting started.

Interested in leveling-up your Framer skills online? ​Find a course or lesson in the Learn section.

The Framer X Fundamentals workshop was perfect for beginners. Grace Low and Marciano Planque took everyone through Framer’s UI, tools, and unique features by creating a project together from scratch. If you missed the workshop, check out the Framer 101 Crash Course in our Learn section to get a similar roundup of Framer’s best features.

​Addison Schultz and Aroa Gil Bo took people through the best Framer workflow for teams. Participants saw the possibilities for design collaboration firsthand—creating their own reusable components, diving into design systems, and learning which features can be customized to suit their team.

User testing is an invaluable tool in the design arsenal. In this workshop, Jordan Dobson and Floris Verloop showed everyone how it’s done in Framer X—starting with a prototype, testing it, then iterating, and refining the design.

Design with Data in Framer X

One surefire way to create prototypes that feel real is to incorporate real data. This way you can test use cases and see what the end product could actually look like, instead of seeing fields filled with Lorem Ipsum. This was the focus of this workshop, hosted by Steve Ruiz and Peri Langlois who showcased how it’s done in Framer X. For a similar overview, check out Designing with APIs, an intermediate video course in our Learn section.

For the first time ever, we included two community-centric sessions as part of Loupe. This was a great opportunity for attendees to work together or showcase some of the amazing work they’ve made with Framer X.

Design in the Dark

Design in the Dark was a unique challenge that we posed to our attendees. Those who signed up were put into small groups with a variety of skill levels. They were tasked with recreating simple visuals that they saw on a screen at the front of the room. Sounds simple enough, but there was a twist: They had to use a special version of Framer X that didn’t let them see anything on the canvas and disabled preview mode.

The community show-and-tell was a definitive highlight of Loupe 2019. Eight standout designers were given the opportunity to present their best Framer project. From an AR travel app to a Bluetooth connected prototype that could monitor heart rate in real-time, each presenter demonstrated the limitless potential of Framer as a design tool.

This year’s conference went out with a bang. Everyone gathered at the quirky Westerliefde, a former gasworks building in Amsterdam’s Westerpark, for a night of drinks, dancing, and celebration.

A huge thank you to everyone who came to Loupe 2019 as well as all of our amazing speakers and sponsors. To see more photos from the conference, check out the full Loupe 2019 album. Also, keep an eye on the Loupe page as details for 2020 are dropping sooner than you might think.

Power Your Designs with Real Data in Framer

User Test in High-fidelity with Our New Partnerships